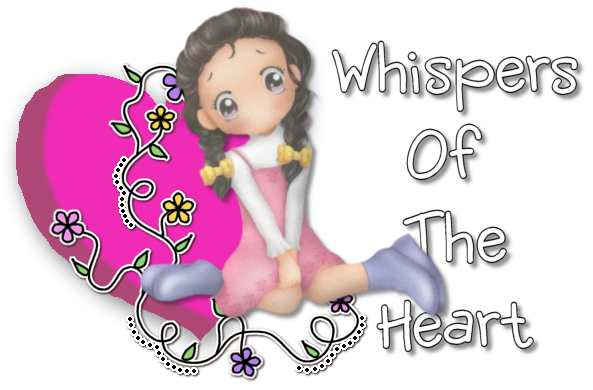 Come Browse & Shop
For That Someone Special
In Your Life!
Creations By Lynn Shop

Linda Rook
2003 Creations By Lynn
All Rights Reserved
Thank You for Shopping With Us!
DIGITAL SCRAPBOOKING!
If you are into "Digital Scrapbooking" but find
it too much trouble to make your own layouts,
here are some that you can use!
If interested You can click onto the link below
to download Creative Endeavors Quick Page
FREEBIES! *Note:  Please remember
these are for PERSONAL USE ONLY!
Creative Endeavors Creations
Search The Government Guide
Government Guide

National Center For Missing & Exploited Children
Do you YAHOO?
send me an instant message!

I have a new blog that I have been writing in over at blogger:
Creative Endeavors Creations
http://creativeendeavorscreations.blogspot.com
Come on over and Visit Me

My Links
Photo's Of My Family
Places To See 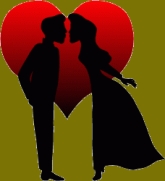 In July I found quite by accident that I had a tumor in my right lung and if I did not get it taken care of I would be dead by the end of the year!  The tumor turned out to be Small Cell Carcinoma (limited) to the right lung.  It can not be operated on because it will just show up somewhere else in the body.  I have had my three rounds of Chemo and my two rounds of Radiation.  I wait now for three months at a time and then go back to have a cat scan to make sure it has not spread.  It likes to hide in the body and well they just don't have the equipment today to actually find it but I know soon they will with the way technology is today it won't be long.
When I say I found out quite by accident I did....I went to the ER under the impression that I had "food poisoning!"  I h ad bought some almonds from "Sam's Club"  and I was eating then when all of a sudden I become deathly ill, stomach pains like you wouldn't believe, vomiting, it was terrible....well I don't go to the Dr.'s so I let it work it's way through me.  Well like an idiot I ate more the next day...and the same thing happened....Alright of to the ER I go....I am really sick....never felt like this before ever!
I was in the ER for six hours, the one man came in and said, we think you have pneumonia so we are going to take a cat scan of your chest.  The stomach pains had gone away.  An hour later the man came in and said to me, you have a tumor in your lung and the size of it has collasped your right upper lung by the airways.  You will need a biopsy done right away.  Needless to say I had to think about all of this...I told the man I was going home, I had three grandchildren circling the parking lot with my husband as the driver because it was 1'o'clock in the morning.  I had custody of all three of my grandchildren.....I needed to go home and think this through.  Which of course I did but agaisnt the Doctors wishes.
It has been not the best year, but it hasn't been the worst either.  I am doing all right so far.  Only time will tell....this is all in God's hands now.

It's gonna be a very good year!

Haven't been on my bravejournal in quite awhile as you can see....not too many of the old crew here anymore...but know that I think of you all and keep you in my thoughts and prayers.  Have been doing alot of painting this summer...(wall murals mostly)!   Looking forward to fall especially since it seems to be upon us so soon.  I love the changing of the seasons!  Take care and God Bless.

Sorry so late with this!

From "Whispers Of The Heart!"

Wanted to take a moment and wish Chris, Jenny, Jill, Lil Chris & Zachary a Happy Birthday again....seems like the years are just a rollin on by....don't know where they are going!!!

I noticed that I forgot to wish everyone a Happy 4th of July!!!   That was a big OOOPS...well if you know me you know it was just that...oooops.....the 4th was really good except for the neighbor boys who thought that they had to put on their own Fourth of July Spectacular....which most of it fell around the car, pond, dog, houses, nothing like a gigantic "Bondfire" to go with your celebration...No nothing caught on fire....but it could have!!!!  We have a park like setting just down the street from us and they could have used their aspiration for pyromania down there....Hope everyone reading this had a Happy & Safe 4th!!!!

Wanted to get some exciting news out.....We are going to be "Grandparents" again....Chris and his fiance Jenny are expecting and Jennifer and her husband Tom are expecting...and I beleive the girls are just weeks apart in their pregnancys....Isn't that AWESOME!!!!

I looked at my statistics and I see that there have been over 3,ooo hits between July and August....yet not too many are dropping a line....Please do even if it to just say "Hello!"

Many things to do today and must really get them done...so for know Take care and God Bless!

Hope Everyone had a wonderful & Blessed Easter!
Have been busy of late and remembered that I haven't been to bravenet since Valentine's Day...just remember though that I can be found at any of my other places online...just check out the links in the sidebar.
The weather in WNY is "Awesome!" Hope and pray it is were you are as well...but for those whose weather is not know you are all in my thoughts and prayers!

Hope Everyone Has A "Happy Valentine's Day!"

Please join me in remembering a great icon of the entertainment community.

The Pillsbury Doughboy died yesterday of a yeast infection and trauma complications from repeated pokes in the belly.  He was 71.  Doughboy was buried in a lightly greased coffin.  Dozens of celebrities turned out to pay their respects, including Mrs. Butterworth, Hungry Jack, the California Raisins, Betty Crocker, the Hostess Twinkies, and Captain Crunch.  The grave site was piled high with flours.

Aunt Jemima delivered the eulogy and lovingly described Doughboy as a man who never knew how much he was kneaded.  Doughboy rose quickly in show business, but his later life was filled with turnovers.  He was not considered a very smart cookie, wasting much of his dough on half-baked schemes. Despite being a little flaky at times he still was a crusty old man and was considered a positive roll model for millions.

Doughboy is survived by his wife Play Dough, two children, John Dough and Jane Dough, plus they had one in the oven.  He is also survived by his elderly father, Pop Tart.  The funeral was held at 3:50 for about 20 minutes.

If this made you smile for even a brief second, please rise to the occasion and take time to pass it on and share that smile with someone else who may be having a crumby day and kneads it!

Bravenet Blog
Get One For Free!
powered by